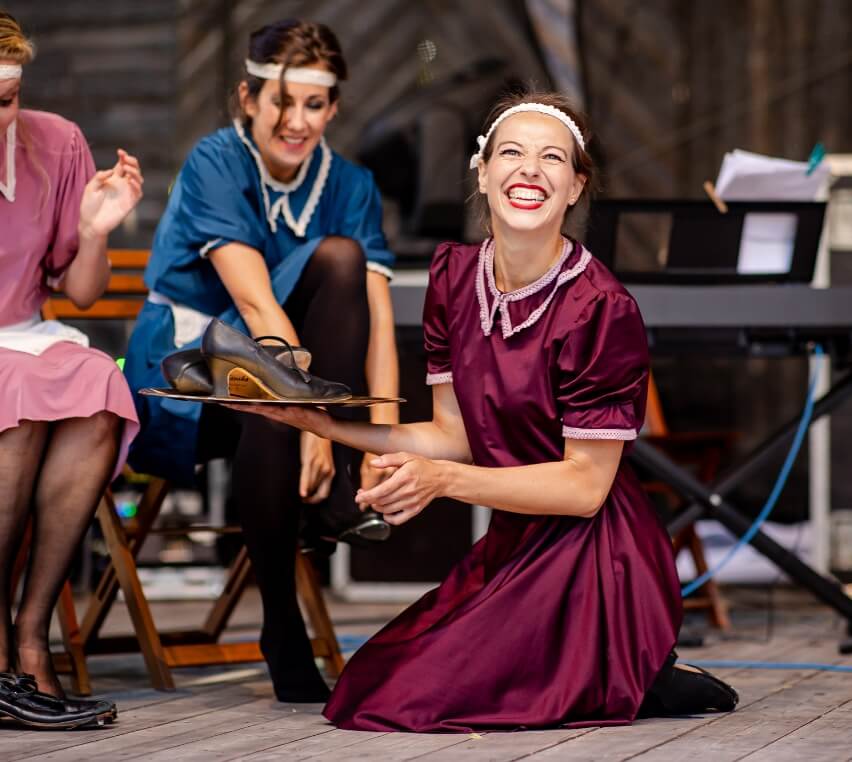 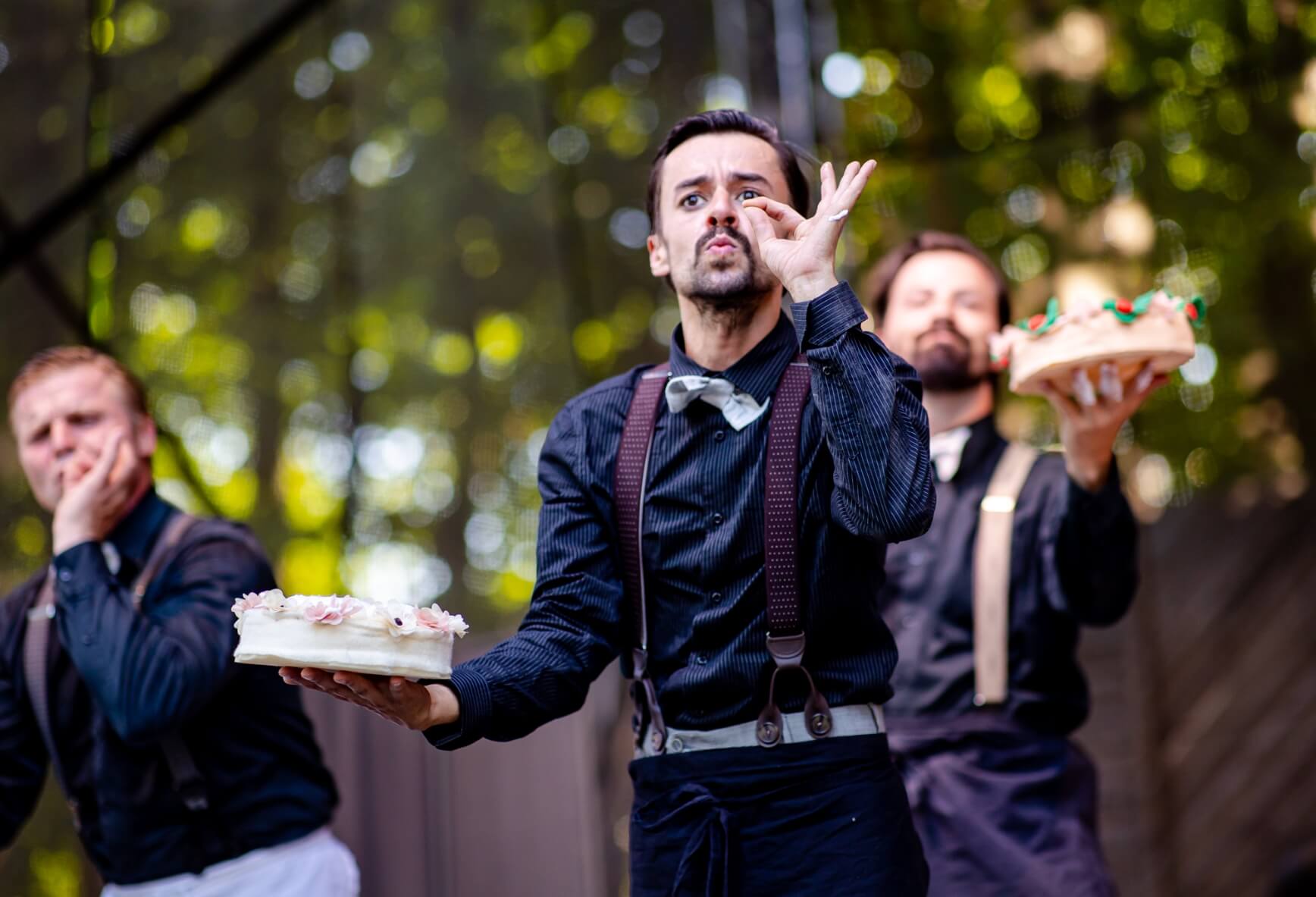 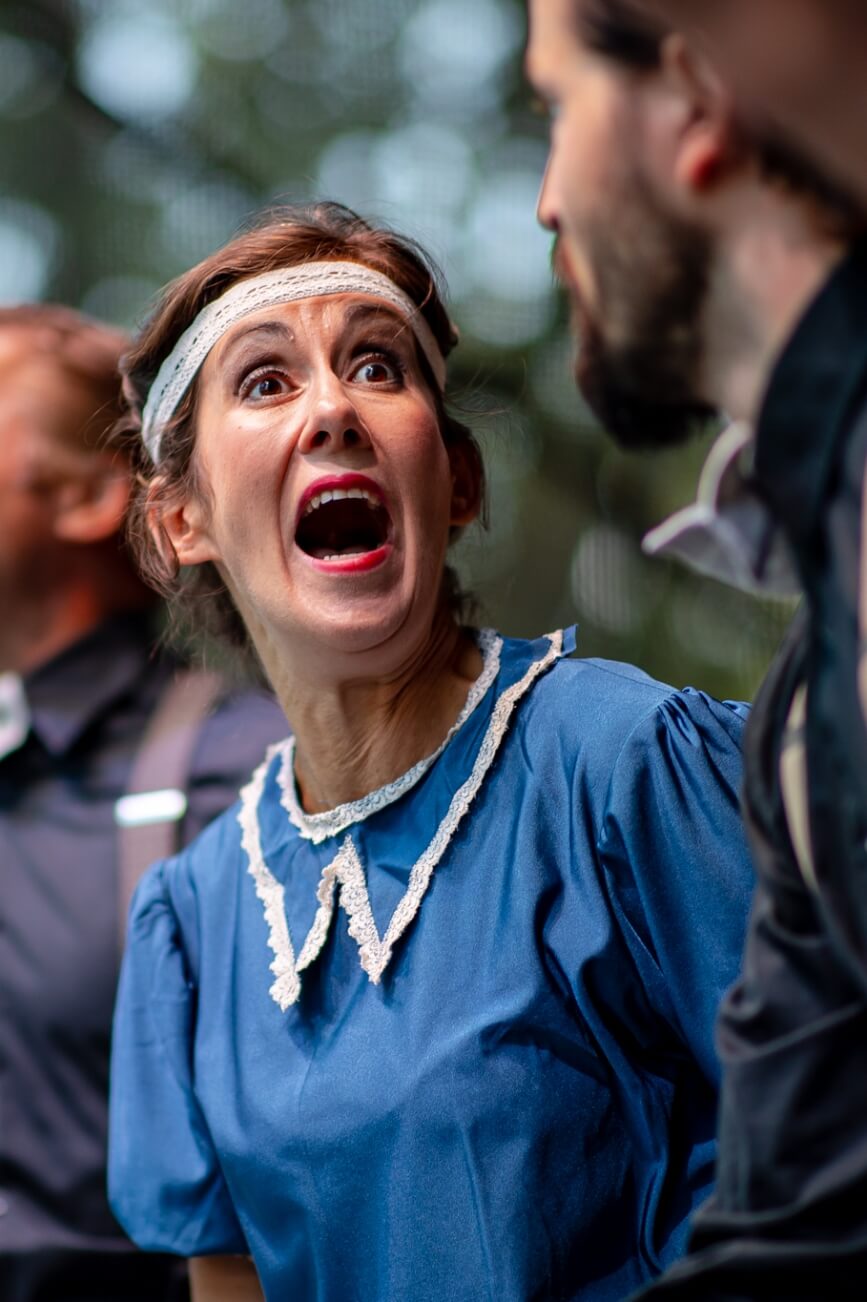 Pingls aneb Hot Café Revue performance connects elements of nonverbal motion theatre and live period music. It is set in the 1920s. A concert and a dance hall will draw you onto the dance floor in the second part of the show.

The performance was created under the artistic direction of the known choreographer Martin Pacek. Henrieta Hornáčková and Lucie Pernetová are the authors of the original idea. They approached Martin Pacek, who has become their artistic guarantor and collaborator.

This successful creative team thus follows on the activities of the Veselé Skoky original motion theatre. The performance opened on the 28 of April 2019 in Malostranská beseda in Prague. The subheading Hot Café Revue refers to programs of New York Harlem night clubs some hundred years ago.

It is the authentic interpretation of early jazz, blues and dance music of that epoch that the Originální Pražský Synkopický Orchestr (Original Prague Syncopated Orchestra) specializes in. The performance is based on humor, freedom, emotions and soft drama. These are expressed by means of ethics of the 1920s and the 1930s with an important live music support. OPSO specializes in stylistically informed interpretation of early jazz and dance music, using authentic arrangements and period music instruments. Individual sketches of the show are enhanced by free improvisation in interaction with the musicians.

The musicians not only play music but also act, the show being a symbiosis of music, sounds and movement. Every performance is an original in its own right. Improvisation manages to unite the emotion of the story as expressed by dance with the music emotion to create one whole. The performance draws on the elements typical of that era such as playfulness, the time and will to experiment, slapstick comedy with its proximity to nonverbal theatre, silent movies and the appearance of film sound and motion and musical wit. The sketches center around topics well-known today as well as in the past, a man and a woman, love triangles, individuality, search for closeness, embarrassing moments as well as the need to belong, loneliness, unfulfilled desires, dreams versus reality, expectations and disappointment. All of that is set in a real or imagined café, a haven of calm which simmers under its lid.

Our aim is to provide the audience with a unique encounter with a forgotten layer of expression aesthetics, in its soft, intimate and natural form. 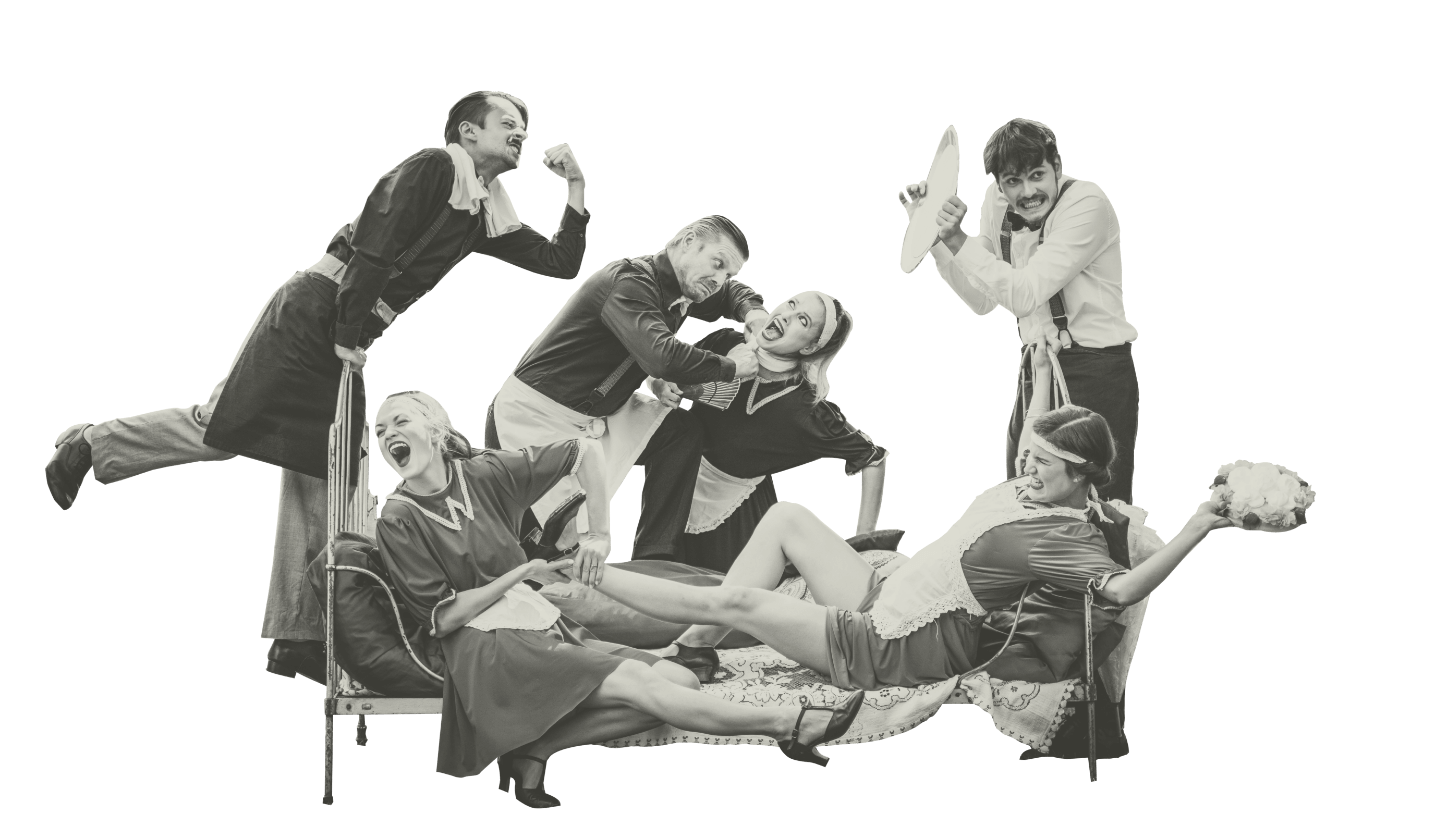